If you’re fixin’ to make a trip to The Big Easy, you want the most picture-perfect locations to impress your friends. We get it. Social media is an important enhancement to our lives these days. The following spots give you the best look at NOLA, and they also set you up for eye-catching Instagram posts.

Jackson Square: This historic park faces the Mississippi River and is chock full of picturesque photo ops. Jackson Square sits right in the middle of the French Quarter and is the site where Louisiana became a U.S. territory in 1803. Snap a pic in front of St. Louis Cathedral, founded in 1720 and the oldest cathedral in North America. Or, grab a beignet at world-famous Cafe du Monde. Don’t forget to share a photo of your powdered-sugar face!

Latrobe’s: This historic yellow building on Royal Street gets its name from its architect, Benjamin Henry Latrobe, the “Father of American Architecture.” Built in 1822 as a bank, Latrobe’s is now an event space, offering a unique backdrop for special occasions, as well as social media posts.

Bourbon Street: Running for 13 blocks through the French Quarter, Bourbon Street is perhaps the most famous street in New Orleans. It’s home to some of the oldest bars and family-owned restaurants in the country. Photo ops abound at places like Pat O’Brien’s, where the hurricane drink was created. Don’t miss Marie Laveau’s House of Voodoo, where you can add a touch of creepy to your pictures. And Lafitte’s Blacksmith Shop lays claim to the title of “oldest bar in the U.S.A.,” having been serving shots since 1777, a year after the shot heard round the world.

With all the building facades, shops, restaurants, alleyways, and corners, you could spend days in the French Quarter taking pics. These locations give you an idea of where to start.


Historic Mansions: The Garden District is home to the best-preserved collection of historic mansions in the South. The area was once made up of plantations, and you’ll find several types of architecture to pose in front of. Keep an eye out for Greek Revival, Italianate, and Victorian structures.

The Garden District was developed with only a couple of houses per block, each surrounded by a large garden. As those lots were subdivided, the focus became more on the architecture. But even today, glamorous gardens are plentiful in NOLA, especially in this district.

St. Louis Cemetery No. 1: The city’s oldest cemetery, built in 1789, attracts more than 100,000 visitors each year. Snap a pic in front of voodoo priestess Marie Laveau’s tomb as well as others from the 18th and 19th centuries. The city aims to preserve the historic tombs, so you can visit St. Louis Cemetery No. 1 only with a tour group.


Lafayette Cemetery No. 1: Things might look a bit familiar at this cemetery. It’s been featured in films including “Double Jeopardy,” “Interview With a Vampire” and “Dracula 2000.” Author Anne Rice used Lafayette Cemetery as the spot where her characters, Lestat de Lioncourt and the Mayfair witches, are buried. Currently, you’ll only be able to get your shot outside the gates, as the cemetery is closed for repairs

Just downriver from the French Quarter, Frenchmen Street started out as a place for locals to enjoy authentic New Orleans music and food. It now draws its fair share of tourists to hear live performances of all types of music. From jazz to blues to reggae to rock, your Instagram videos and pics will make you the envy of your music-loving friends.

In a city surrounded by so much water, it only makes sense to get some photos on a boat. Travel back in time on the Paddlewheeler Creole Queen. The cruise focuses on 300 years of NOLA history. Head downriver to Jean Lafitte National Historical Park and the Chalmette Battlefield (from the Battle of New Orleans in 1815), to capture both scenic and somber pics.

So whether it’s selfies or scenery you’re after, New Orleans provides more backdrops than you can possibly use. But give it your best shot!

Kimberly Hoffman is a restaurant critic and traveler who searches for the best restaurant in every city she visits. You won’t find her dining in any chain restaurants, preferring to sample the local cuisine in every city. 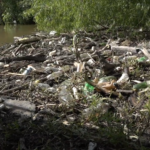 How Littering Affects the Pearl River and Honey Island Swamp 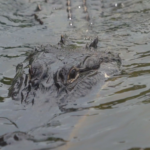 The Top 5 Reasons to Book a Private VIP Swamp Tour

The Last Pirate in the Cemetery

Pirate or Buccaneer? And Why the Eye Patch?