Reality television has captured the attention of society for generations, guaranteeing drama and excitement every moment. A new type of reality has caught the attention of viewers, however, the paranormal kind. Paranormal reality television often follows a group of individuals investigating popular places that are considered “haunted”. Viewers are virtually taken to locations with the team through images and video footage, so they can experience the activity with them from their own home. Louisiana is no stranger to these investigations and locations found through various parts of the state are often featured on popular television shows. This list is compiled of five haunted locations in Louisiana that are featured on television.

When you think about plantations in New Orleans, Oak Alley tends to be the first one that comes to your mind. Located on the west bank of the Mississippi River, Oak Alley’s double-row of century-old oak trees, creating an alley, has cemented this historic beauty’s namesake. This historic location has served for the backdrop for several movies, including the well-known Interview with the Vampire, and they are not the only ones bringing cameras inside.

Ghost Hunters featured Oak Alley in Season 4 Episode 19 of their popular television show. Tales of flying candles and voices were enough to capture this crew attentions and bring them all the way to the south in hopes of capturing it on camera.

Want to visit Oak Alley yourself? Set up a tour today at cajunencounters.com or calling 504.834.1770.

Take a trip back in time, or at least feel like you are, with the historic New Orleans hotel, Dauphine Orleans Hotel. With a history so old and rich that it almost competes with Crescent City itself; Dauphine has survived the test of time since its opening in the 1770’s. It’s no surprise that myths of guest who did not check out surround this legendary hotel.

Buzzfeed Unsolved, an internet series with a humorous take on unsolved crimes, hauntings, and historical mysteries, took on the great Dauphine Orleans in Supernatural Season 2 episode 9. Hosts, Shane and Ryan, spend the night at this hotel in hopes of seeing one of the many believed sightings, including a dancing lady and wandering sounds of footsteps.

3. St. Louis Cemetery No. 1 – Most Terrifying Places in America 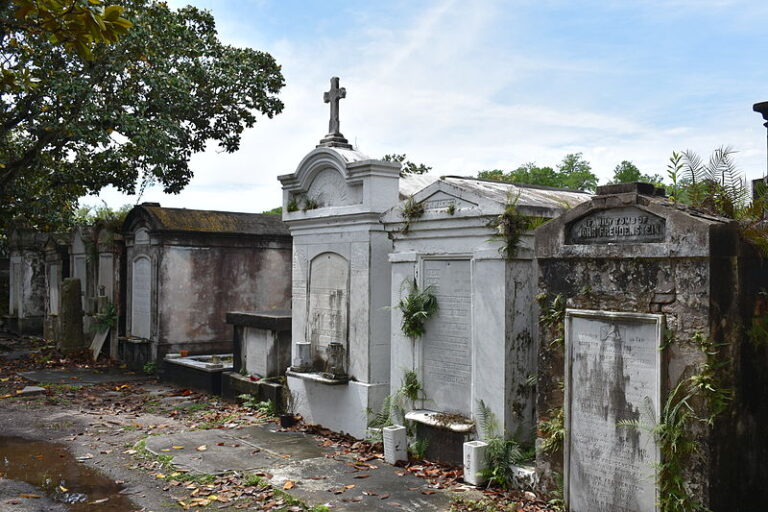 Located near the center of New Orleans, St. Louis Cemetery No. 1 attracts more than 100,000 visitors each year and is the oldest cemetery in the city. Visitors travel from all over to visit the tomb of legendary Voodoo Queen Marie Laveau and to take a stroll through living history. Between the many crumbling above-ground graves, this “city of the dead” holds the stories of many well-known personalities within its walls.

Do not let the title scare you. Most Terrifying Places in America simply takes its viewers on a tour across the U.S. to discuss popular paranormal hot spots. This show features a more in-depth historical view of each location with stories of alleged “personal encounters” sprinkled throughout. St. Louis Cemetery No. 1 is one of the locations, out of 7, featured on part one of the standalone feature that premiered in 2009.

Interested in taking a look inside? Due to past visitors, the only way in is through a tour. Get your very own ticket in today at neworleanslegendarywalkingtours.com or call 504.503.0199

May Baily’s Place, a Creole-style cottage, holds years of history within its walls. As a place that came into use in the 1890’s, this now cocktail lounge has seen its fair share of visitors at its location in the French Quarter. Today, May Baily’s is decorated with Victorian style portraits, an update from their original design, but visitors can still find memorabilia from their earlier days throughout.

Ghost Adventures, an extremely popular television series, visited the city of New Orleans in Episode 22 of their sixth season. The crew planned to explore the city affected by Hurricane Katrina, and May Baily’s secured their very own spot on that list. Alleged stories of faint shadows and furniture that rearranges itself was enough to capture this legendary crew’s attention.

Considered the heart of Louisiana to many people, the sawmill in Longleaf, Louisiana has a history dating back to World War II. Longleaf Sawmill got its start in the late 1800’s, harvesting Louisiana’s pine trees. While the town that once surrounded it is no longer standing, the mill remains a pilar of the history that was once made there.

A lesser known show by the name of Deep South Paranormal featured the Longleaf Sawmill in the very first episode of their first season. The crew investigated hoping to find evidence of crew members that stayed even long after the closing in 1969. 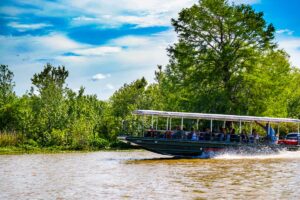